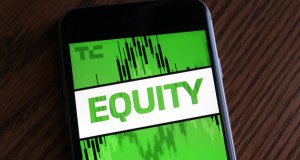 Hi and welcome back to Equity, TechCrunch’s investment centered webcast where we unload the numbers behind the features.
This week was something of a first for the team, twice. In the first place, we had two visitors on the show, and, likewise, we just endured more than two subjects. The previous is great, the last is, well, we’ll see.
Along these lines, this week Matthew Lynley and I were joined by David Chao, fellow benefactor and general accomplice at DCM, and Steve Vassallo, a general accomplice at Foundation Capital. Focuses to both for being guinea pigs.
Heading into our first theme I’m sorry to learn you that, in any event as far as Equity, bikes are the new Uber. In this way, we ended up discussing both this week. We began with the way that Bird is raising new capital at a considerably more amazing valuation than previously ($2 billion!), and that Lime is attempting to raise a truckload of capital itself. (Reports change, yet it’s most likely a $250 million value round at around a $750 million valuation. There may likewise be some obligation in the blend for Lime. Increasingly when we secure that.)
What’s more, as Chao’s firm is a speculator in the space, we had considerably more to bite on.
Next up we delved into the monstrous new Opendoor round. The association’s new $325 million places it into a strong position to enable individuals to offer their homes. Which markets are the best fit was something for us to unspool, alongside open market comps, for example, they are. Be that as it may, most basic, in any event in my view, was hazard. On that point Vassallo made a sensible contention in regards to pressure testing. We’ll see.
Lastly, we addressed Meituan’s approaching IPO, and how it became.
A debt of gratitude is in order for staying with Equity after this time. We’ll be back one week from now with another round of babble about the most recent, most prominent, and stupidest that tech brings to the table.
Value drops each Friday at 6:00 am PT, so buy in to us on Apple Podcasts, Overcast, Pocket Casts, Downcast and every one of the throws.
Share